Opening of Sergiy Melnitchenko’s exhibition “Schwarzenegger is my idol” 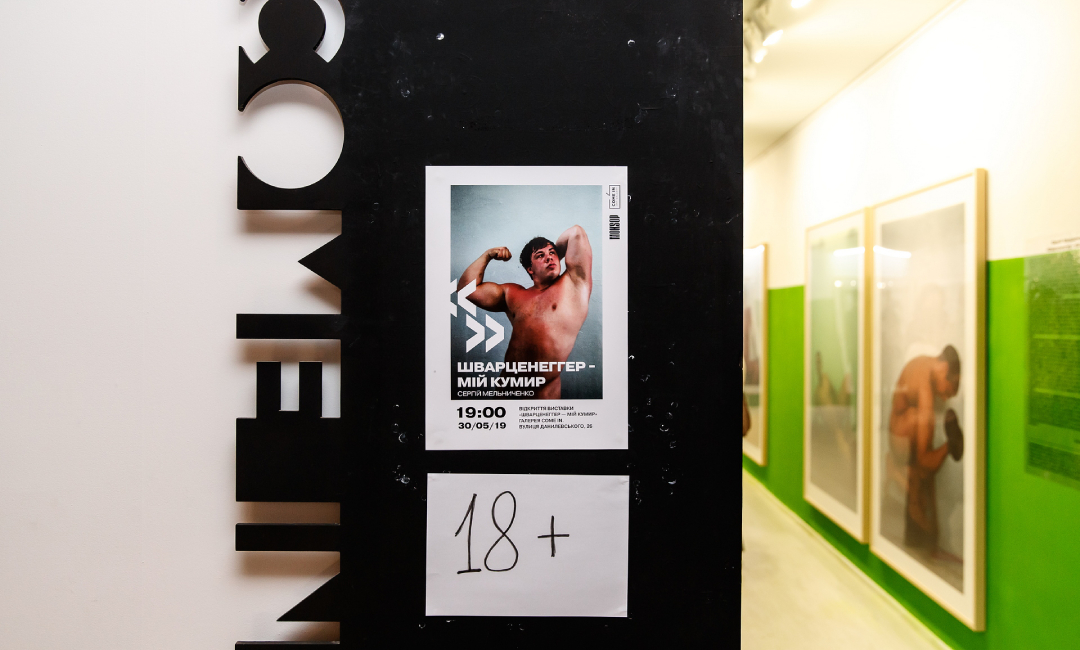 Sergiy Melnitchenko’s exhibition “Schwarzenegger is my idol” was opened on May 30. It’s the second project of the year-long collaboration between the Museum of Kharkiv School of Photography and “COME IN” art gallery, that cooperated to acquaint viewers with classical and contemporary Ukrainian photography.

Sergiy was born and currently lives in Mykolaiv, but his creative approach was largely influenced by Kharkiv school of photography, namely, one of its representatives Roman Pyatkovka. “Schwarzenegger is my idol” is a series taken in 2012, soon after meeting Roman. It’s the story about the generation that grew in the chaotic provincial post-soviet environment. In the situation of ruining of one system of values in the 1990s and 2000s, it’s the Western pop-culture, which often served the only sources of the guidance for the youth. The image of legendary Arnold Schwarzenegger becomes the quintessence of dream about success the new generation is inspired by. And Melnitchenko just captures those observations in the images of his fellow athletes and bodybuilders.

Sergiy Melnitchenko is the winner of Leica Oskar Barnack Award Newcomer (2017). He actively participates in the development of the artistic surrounding in his native Mykolaiv as founder and curator of MYPH collective. Since 2016 his works are a part of the MOKSOP collection.
Exhibition is 18+
Free entrance, Thursday-Saturday, 13.00 – 19.00.

Ми використовуємо файли cookie, щоб забезпечити зручність користування нашим сайтом. Якщо Ви продовжите використовувати цей сайт, ми будемо вважати, що Ви задоволені ним.
We use cookies to ensure that we give you the best experience on our website. If you continue to use this site we will assume that you are happy with it.
Ok!Privacy policy